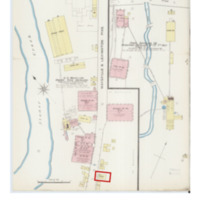 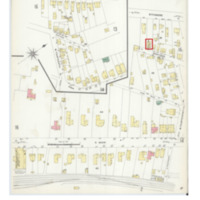 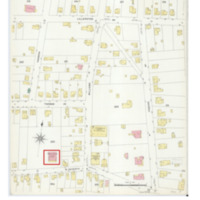 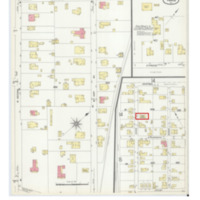 Some of the early colored schools in Bourbon County were built and supported by the U.S. Bureau of Refugees, Freedmen, and Abandoned Lands between 1866 and 1870 [see NKAA entry Freedmen Schools, Kentucky]. The Negro common schools began around 1874, according to James R. Welch in his thesis titled The History of Education of Bourbon County.

The following comes from Welch's thesis: In 1881, there were 1,765 colored school-age children counted in the school census, and not many of them attended school. There were 16 colored school districts with 15 schools. In 1885, there were 22 colored schools and in 1886, 24 colored schools, according to the Report of the Superintendent of Public Instruction, pp. 227-230. One of those schools, the Cottontown Colored School, is noted on one of the attached maps.

All of the schools held full sessions [five  months] up to the 1893-94 school year, which was about a decade prior to the beginning of a continuing decrease in the number of schools and students [source: The History of Education of Bourbon County].

The following is a compilation of newspaper items on the history of Paris and Bourbon County colored schools; the articles contained quite a bit more information than was printed in most other Kentucky newspapers about the colored schools for the same time period. Reverend Graves, who died in 1902, came to Paris, KY in 1901 to become principal of the Paris Western Colored School, which had 248 students and seven teachers; those  numbers remained consistent for the next several years. The prior year there was a high school graduating class of eight: Katie L. Long, Anna E. Parker, Fannie B. Buford, Dora B. Kimbrough, Jimmie R. Fields, James B. Woodward, and Keatha R. Williams. Graduation ceremonies were initially held at the Opera House in Paris, KY, with admission costs of 10 cents, 15 cents, and 25 cents.

Manual training was introduced in the Paris school in 1907 with 26 men and boys enrolled in the newly established night school. The Colored teachers' wages for the year totaled $2,550.

Mrs. Nettie H. Grant was the school principal at the Claysville Colored School in 1907, the year that the Colored Bourbon County Teachers' Association held their meeting at the school [source: "Colored Bourbon County Teachers' Association," Bourbon News, 11/12/1907, p. 4, col. 6]. The school was located on Jones Street and is noted on one of the attached maps.

There was also a private Colored School in the African American community of Newtown also noted on one the attached maps.

In Paris in 1909, two graduations were held, one for 7th graders at the local Colored Christian Church, June 11th at 8 p.m.; and one for high school graduates in the new city school auditorium, June 1st at 8 p.m. [source: "Calendar of Colored School," The Bourbon News, 6/04/1909, front page]. In 1909, new colored schools were scheduled to be built in Ruddles Mills and Jacksonville. The following year, several colored schools in the county were consolidated: Ruddles Mills School with Glentown School,  Millersburg School with Shipptown School (the school location was undecided), and Houston School with Amentsville School.

By 1910, a new school was being built in Centerville, and the Sidville School was to be repaired if church members would agree to help raise funds. In 1915, Cora W. Stewart reported that the Paris Colored Moonlight School was one of the best in the state for Negroes [source: Cora Wilson Stewart and Kentucky's Moonlight Schools by Y. H. Baldwin]. See a photocopy of Cumensville School on p. 12 at Rosenwald Schools in Kentucky, 1917-1932 [.pdf].

The following is additional information from Welch's thesis. The total number of students  continued to decrease. During the 1908-09 school term the average elementary school attendance was 587 colored students; by the end of the 1932-33 term, the average attendance was 296. An industrial training school opened in Little Rock in 1914, established with support from the Slater Fund. It was developed into the Bourbon County Training School (also referred to as the Little Rock Training School) for colored persons in 1918.

*Browntown was an African American Community on Townsend Valley Road in Bourbon County from the 1800s till sometime in the 1900s [source: The Freedman]