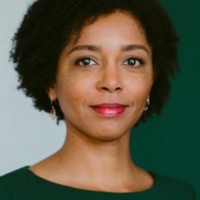 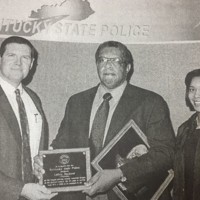 After graduating from the University of Kentucky Honors Program, now Lewis Honors College, and pursuing her J. D. at UK College of Law, La Tasha began a career in state government as a state prosecutor. She has over 20 years’ experience, with her litigation ranging from federal, state and human resources law, focusing on employment law and constitutional issues.

La Tasha Buckner has served the Commonwealth of Kentucky as the Deputy Executive Director for the Office of Legal Services at the Public Protection Cabinet and as General Counsel to the Department of Charitable Gaming and Department of Alcoholic Beverage Control.

During Governor Andy Beshear’s tenure as Attorney General from 2016 to 2019, La Tasha Buckner acted as assistant deputy attorney general for the Civil Division. While there, she argued some of the most notable cases in Kentucky history, including issues related to pension reform and budget cuts to the state’s public universities.

The University of Kentucky Alumni Association awarded the Torch of Excellence to La Tasha Buckner in October of 2018. She continues to maintain her involvement with the Lewis Honors College.

Originally from Glasgow, Kentucky, La Tasha, daughter of LeRoy and Linda Buckner, now resides in Lexington, Kentucky. She continues to work to create a state government that is open, accessible and responsive to the citizens of Kentucky.

Abigail Hartge wrote and submitted this entry, and editing was completed at the request of the Governor's Office. Images submitted by Abigail Hartge.